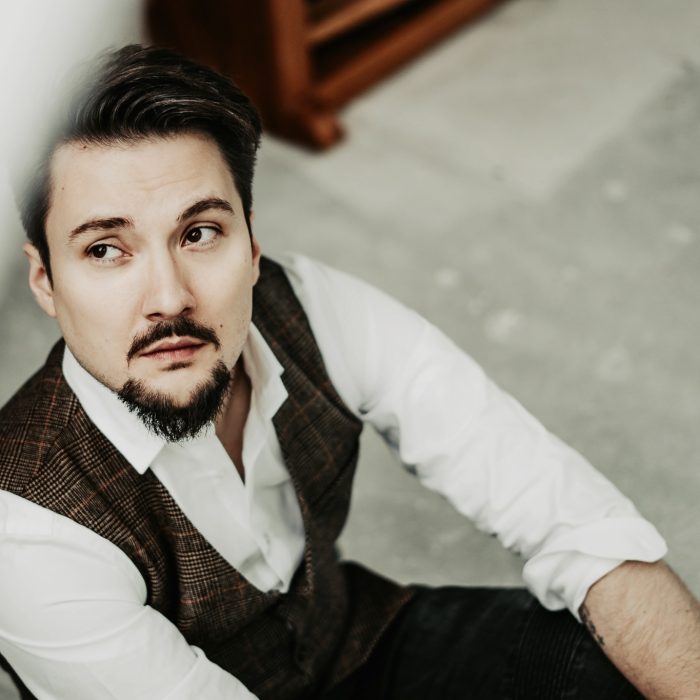 Szymon Nidzworski is an award-winning Polish saxophonist, composer of film and theater music. He was born on June 22, 1988 in Iława. He graduated with honors from the Fryderyk Chopin University of Music in Warsaw, he also perfected his workshop at the Conservatoire à Rayonnement Régional Cergy-Pontoise in France and at the Hochschule für Musik “Hans Eisler” in Berlin.

The album Szymon Nidzworski Project feat. Andrzej Seweryn “Behind Your Eyelids” (distributed by Warner Music Poland), released in 2017, inspired by theater and film music, became a flash point of his activity as a film music composer. The album was noticed and appreciated not only by music critics, but also by film directors.

He collaborates with the outstanding Polish documentary filmmaker Ewa Ewart, composing music for her productions – “The Curse of Abundance” (2018) and “We, the nation” (2019). He is also the composer and performer of the soundtrack to the documentary “Touch”, produced by TVP Kultura, presenting the life of actress Jadwiga Jankowska-Cieślak (dir. Katarzyna Michałkiewicz).