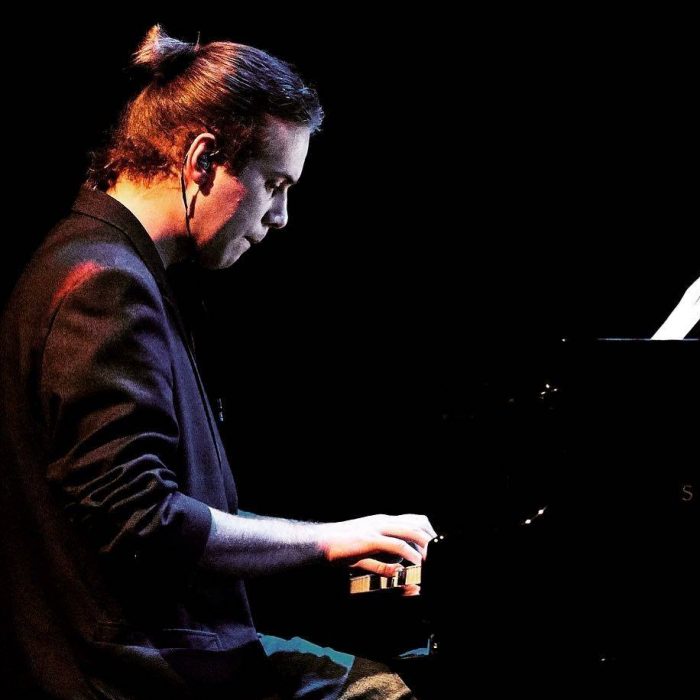 Composer and orchestrator. A graduate of the State Music School F. Chopin in Warsaw and the Academy of Music. S. Moniuszko in Gdańsk (jazz department). From December 2017. works, as an orchestrator and arranger, with the composer of film music, Oscar winner, Mr. Jan A.P. Kaczmarek.

So far, he has collaborated with Jan A.P. Kaczmarek at five films: “Valley of the Gods” (dir. L. Majewski), “Paul, Apostle of Christ” (dir. A. Hyatt), “I’ll Find You” (dir. M. Coolidge), ” The Happy Worker “(dir. D. Dunham),” Death of Zygielbojm (dir. R. Brylski) and “Rapsody Śląska”, composed on the occasion of the 100th anniversary of the Silesian Uprising.

He composed music for four documentary episodes from the series entitled “The Return of Writers” (working name), dir. Arek Biedrzycki (premiere in 2021). He also composed music for the play by the Television Theater entitled “The Price of Power” (dir. A. Biedrzycki), as well as to three feature-length documentaries (two of them premiered on Polish Television). Antoni is also the author of music for several advertising spots for the Institute of National Remembrance on the occasion of the 100th anniversary of the Battle of Warsaw (broadcast on Polish Television) and for a fictionalized full-length documentary.

As a songwriter, he collaborates with the popular Kwiat Jabłoni band. For the band’s debut album, Antoni composed the song “Za seventhą cloudą”. On the second album we will find his two songs. So far, there have also been two premieres of his composition – Suite, commissioned by the International Accordion Festival in Sulęczyno in 2018, and a piece commissioned by the DUX publishing house. In February 2020, another world premiere of Antoni’s composition, commissioned by an outstanding Polish accordionist, Paweł A. Nowak, took place.