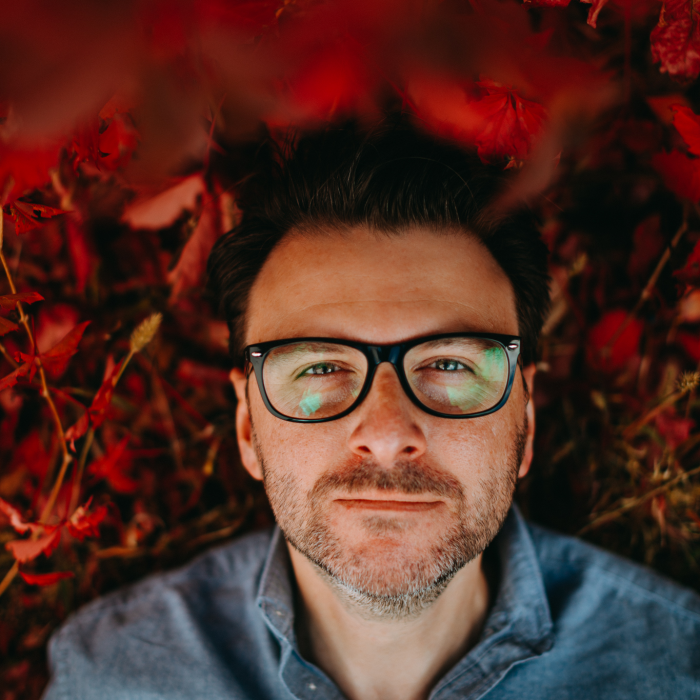 Violinist, multi-instrumentalist, vocalist and performer. He creates on the border of currents, balances sounds, blurs and puts layers. The tones emanating from the synthesizer and laptop are juxtaposed with the naturalness of live instruments. His music is disturbing and irritating, bringing the effect of a clear message in an amazing way.

In addition to over 100 club concerts in Poland, Germany, Austria and Slovakia, GRABEK also appeared on such renowned stages as Studio im. Agnieszka Osiecka, Philharmonic Mieczysław Karłowicz in Szczecin, Spring Break, Free Form Festival, Slot Art or Transvizualia. The artist supported Jamie Woon (UK) and Olafur Arnalds (ICELAND). He also performed twice at the Heineken Open’er Festival in 2009 and 2011. He also appeared twice in the program of Kuba Wojewódzki – once promoting his debut album, once at the invitation of the program’s producers, he deconstructed and performed live a characteristic jingle by Tomasz Stańko, which opened the show. In 2012, GRABEK was invited by Katarzyna Nosowska to participate in the MĘSKIE GRANIE 2012 project, during which he played in five cities on the tour.

In April 2011, the first (GRABEK has already recorded 5 of them) LP entitled “8” was released by the Polish Radio recording agency. Radio Three called the album “one of the most interesting Polish debuts of recent years”. The album was nominated for the FRYDERYK 2012 award in the Electronic Music Album of the Year category and the Best Recording 2011 award of the High Fidelity magazine.

In his career, GRABEK has also performed at various events: he played for Hormann Polska, during the vernissages of the works of Igor Morski (Poznań), Szymon Brodziak (Kazimierz Dolny, Warsaw), the Artwatch art auction at HOT_elarnia in Puszczykowo. His performance also included the SITAG RED DOT NIGHT Concordia Design event in Poznań. One of the most interesting collaborations in the artist’s career was a project with the participation of the AMU Academic Choir conducted by Beata Bielska.

In 2018, at the invitation of Anna Szamotuła, he wrote music for the radio play “Parasomnia”. Recordings with the participation of actors from Poznań’s Nowy and Polski theaters took place in the artist’s studio and in the Radio Afera studio. The premiere of “Parasomnia” took place during the Auditory Festival in Poznań.

You can find more on Spotify