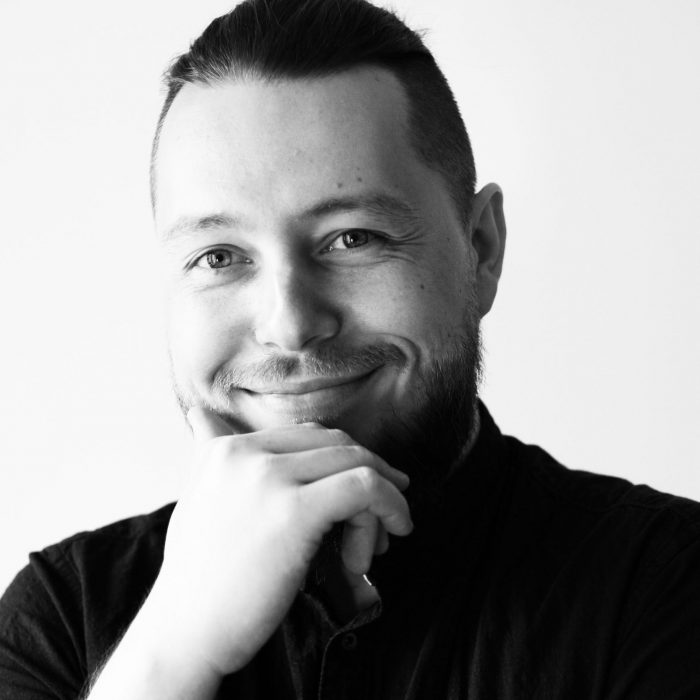 A graduate of the composition department of the FCUM in Warsaw in the classes of professors Zygmunt Krauze and Edward Sielicki. Composer of film music, games, commercials, TV programs and contemporary music. In his work, he draws both from the experience of chamber and symphonic contemporary music as well as from jazz piano practice.

A creator who likes challenges and experiments both in the field of interactive music for games and moving acoustic tracks for films. He gained composing experience working on over 10 film productions and 10 video game titles. He started his career from orchestrating to Paramount Pictures’ award-winning animated Spanish hit – Capture The Flag. As an orchestrator, he has worked for international film productions, series and games, but he became famous for his brilliant arrangements at festivals: FMF, Epic Game Music and Game Music Festival. The festival was founded after the spectacular success of the Symphony of Heroes concert – showing the classic soundtracks of the Heroes of Might and Magic series in a new epic, symphonic robe.

Among the numerous film projects – both short, full-length and series – noteworthy is the feature debut shown and nominated in 2019 at the Gdynia Feature Film Festival – INTERIOR, dir. Marek Lechki. The music created for this film, as well as the film, is sensual, sensual, dressed in both intimate acoustic sounds, rich electronics and minimalist organ sounds.

PHANTOM DOCTRINE – is a unique soundtrack to the game – a combination of jazz with symphony and hybrid sounds. The path has its symphonic suite at the Film Music Festival in Krakow with a special participation of Hans Zimmer’s cellist – Tina Guo. An interesting project was also the post-apocalyptic short thriller THE LAST TALE ABOUT EARTH, in which electronic music played a huge role, telling both about the relationship between the characters and building an atmosphere of mystery and danger.

Among more than 10 game tracks, retro music tracks for smaller games are also very popular – such as Serial Cleaner referring to the aesthetics of the 70s or Full of Stars, reaching for the stellar sounds of the 90s.