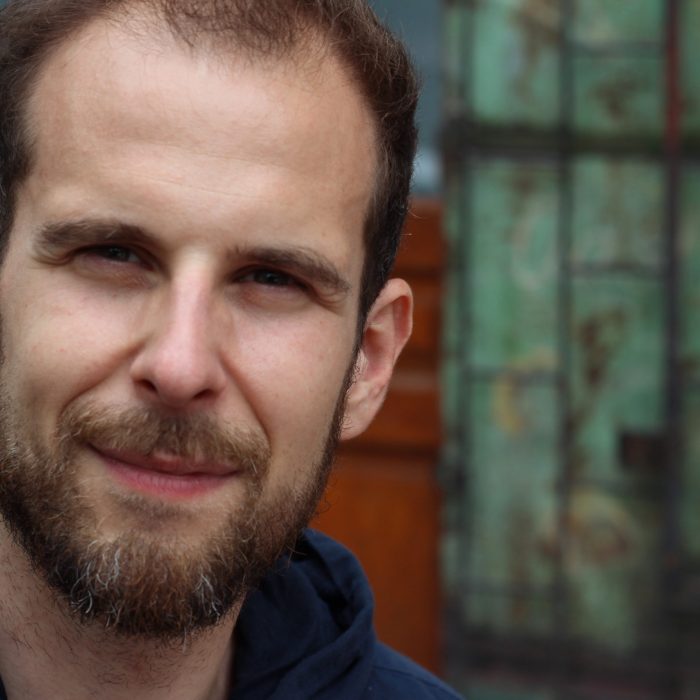 Maciek Dobrowolski is a composer who writes music that is clear and memorable, moving freely in orchestral and electronic music – the composer willingly combines both of these worlds in his work.
Maciek has, among others, orchestral recordings, recorded soundtracks for full-length films, full electronic music albums, chamber pieces for string quartet and projects in which he combines the powerful sounds of the orchestra with electronics.

Reaching for the minimum means of expression, I always try to achieve the maximum effect – simplicity that transcends the form and the executive apparatus is for me the key to “aligning” emotions with the audience.

– MACIEK DOBROWOLSKI
The composer writes scores, creates electronic sounds and records analog synthesizers in a private studio AOIDE Studios. One of the basic techniques used by Maciek is experimenting with old analog equipment and combining its sound with modern sound design. Maciek Dobrowolski had the pleasure to carry out many projects at the Polish Radio Studio S1 with a full orchestra, string orchestra and
also record a string quartet and smaller ensembles. It has a database of regular musical collaborators: musicians, mixing and mastering specialists.

Maciek’s international career as a film composer began with his full-length debut – the first Qatari production film, entitled Clockwise; On the occasion of this project, Maciek had the opportunity to work with an international team – Roland Heap, Mike Jackson as well as Robert Amirian, JIMEK Radzimir Dębski and Krzysztof Herdzin.

From 2020, Maciek created, among others music for the unique film project A Brief History of Us directed by Etgar Keret, the Polish sci-fi super-production Czarny Młyn directed by Mariusz Palej, or the TV series Osaczony (directed by Maciej Dutkiewicz, Polsat 2021) and Portrety Wojenne. Women (Netflix / TVP, 2021). He recently completed the music score for the feature film Detective Bruno. He is currently working on several projects, incl. on the series for Netflix Originals

Maciek also wrote an album inspired by the poem of W.B. Yeats.